My picture represents a happier me, no looking back. A better life for me and my children. 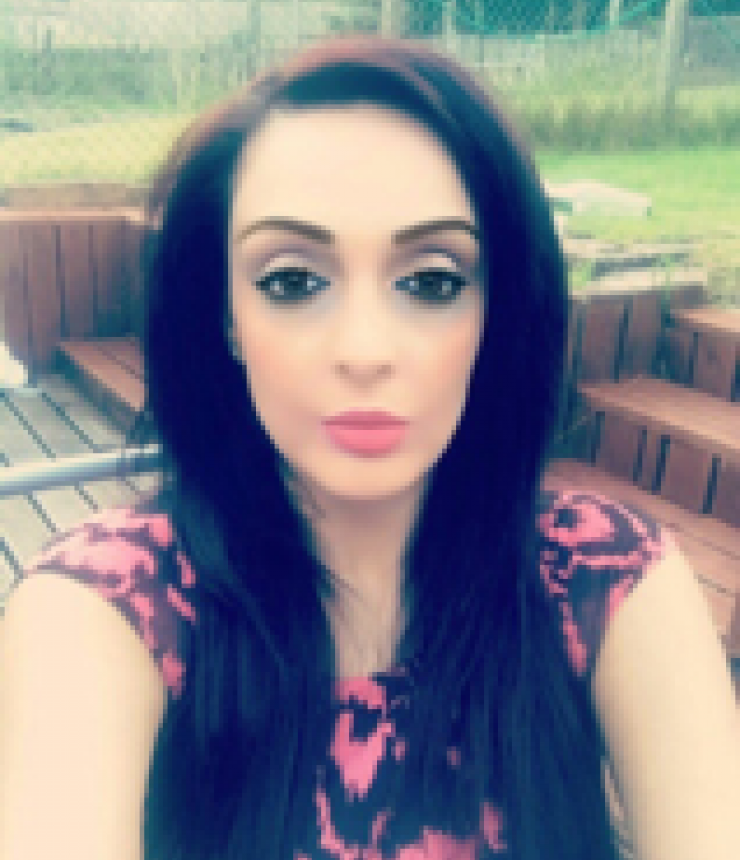 "I felt such a burden to my family and had no-one to turn to. That is, until I met someone, ‘a bad boy’, I knew he could look after me without being scared of the consequences and without him blaming me."

I was 16 years old when I was told I had to get married. I was brought up in a strict Sikh family with two sisters and an older brother. My family always told me they knew best, and I wasn't allowed to go to college. My school wasn't a place for me to escape to either. At school I was constantly attracting unwanted attention, as I was stalked by a guy for two years — which my parents blamed me for. They said that I must have led him on in some way and that I caused stress on my brother and dad by doing this. They said the best option would be to get married, so my husband could look after me as it's not fair for my brother and dad to have any further stress.

I felt such a burden to my family and had no-one to turn to. That is, until I met someone, ‘a bad boy’, I knew he could look after me without being scared of the consequences and without him blaming me. With him I felt safe and not a burden. I got married to my first boyfriend. I disclosed the emotional abuse I suffered at home and at school and that triggered abuse in my marriage. Him protecting me turned into obsession, beating and emotional abuse.

He knew I was trapped as I could never go home and tell my family he was abusing me. He knew I loved my parents too much to cause them any distress and my parents agreed for us to get married on the condition, ‘if things go wrong you're on your own’. They’d done their bit. He knew I wouldn't go back home and had to live with my choice. (But what choice was it? To marry a man, I thought I knew or to marry a man I had never met?).

My body was covered in bruises, but the most painful abuse was inside. The outside world could not see the emotional abuse of how my family would not help me. In their eyes he was always right. One very emotional day I was ready to leave and not look back when he said he would get help. He said he would become a baptised Sikh which would rid him of his evil ways. I was told lies by my parents, including ‘maybe if you have children he will stop beating you’. I was taken to a priest at the Gurdwara (Sikh Temple) and they warned me not to leave my husband as this will cause the death of my dad and that I’ll end up in the gutter and will lose my children...

I was in that vile, abusive marriage for 10 years. Until I looked at how aggressive he was being to my children and that was it, I was gone. Disowned by all my family, I was left with depression, fear for my life and two young children to take care of. I had to log it with the police that if anything happened to me, it would be my ex-husband as he will not let this go.

I had the courage to take it to court as I wanted justice but also to protect my children from this vile man. He had his day in court, he acted for himself and spoke directly to me aggressively saying I had brought 'shame on him and on my family and how no one would have me at all.’ This was said in front of the judge and he was not stopped. That was his day in court. He was able to abuse me verbally and emotionally and I just had to take it.

My motivation today is my kids. I will always protect them from harm just as I should have been protected by my family. But they failed me for their honour and shame. Today I have the closest relationship with my two children, aged 8 and 12, and my boyfriend who has supported me through it all. I am no longer afraid of them as they can’t hurt me any longer. I held down my job throughout all this and I feel proud.

I now go back to the Gurdwara where I was brought up, as I know the Sikh faith is beautiful, but families use religion as a tool to control. I can hold my head up high as I did this for my children to give them a better future. I also do a lot of voluntary work with domestic violence victims and I am now a Freedom programme facilitator.

Survivor Ambassadors has helped me realise that I am not alone, and it has given me a platform where I can share my story and help others.

Before working with the Survivor Ambassador Programme, I felt so alone and depressed. But meeting others that have gone through similar situations has made me move on. I am so much happier in my life and I don't have that guilty feeling anymore, that I should have stayed in my marriage for my children’s sake.

I can look back now knowing I had to leave for my children's sake.