Freedom. This is my right to stand wherever I am and be myself, no time, no eyes to watch me. I am rising above all those restrictions and boundaries. The arms are free from those who kept my hand tied to boundaries of honour. Today I say my life is my own. 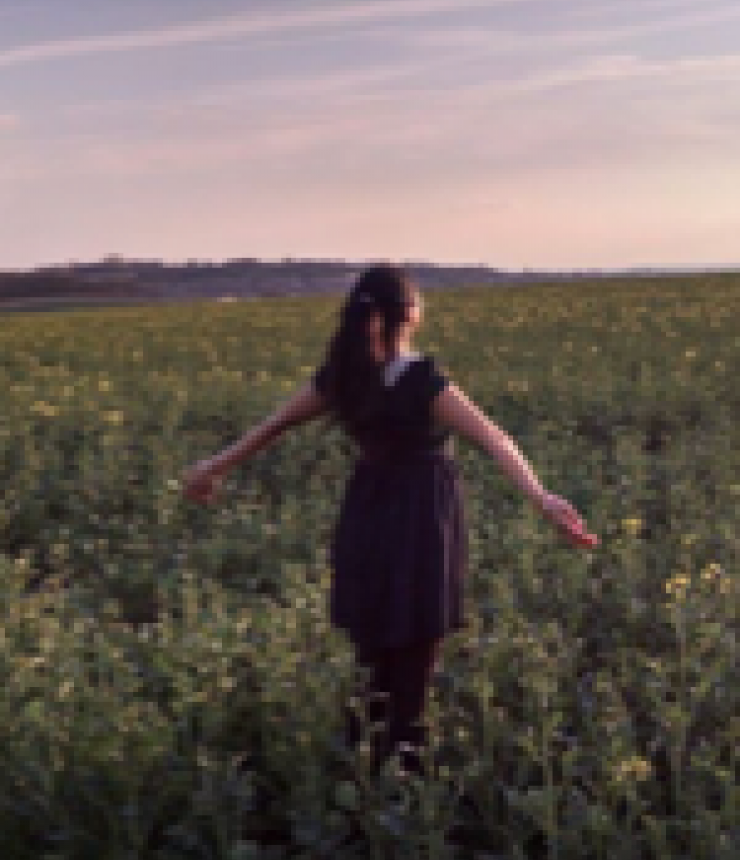 "Even though I did everything I could for the family it was not enough, I was being beaten up and threatened."

I was brought up in England in an Indian family where I was abused and used by many people. From a young age I was regularly beaten up, growing up doing housework rather than playing with dolls. Life was always about what people thought in the society. Being seen to be a “good girl” was very important otherwise no-one would marry you.

A girl was like a chessboard — parents always looking out for the next move to show who had the best girl in the community: "My daughter can cook all the curries and she is only 13 and achieves top grades". Rather than someone saying, "let her live her teenage life," the community would reply: "that’s good, she will get marriage proposals easier, keep it this way. Nowadays girls are out of hand."

Wearing skirts, dresses and having my hair out was a sign of rebellion. Talking to boys was like a crime. Getting to study what I wanted was very much a struggle, as was being allowed to go to university.

During my first year at university I was commuting between two distant cities six hours a day, as I was not allowed to move out for university and I chose the university without telling my parents. When coming back from university, I had to make sure all the housework was done, and food was made for everyone...

As the years went along I was getting worn out and feeling the pressure. Even though I did everything I could for the family it was not enough, I was being beaten up and being threatened. I would have to be up before everyone else and go to sleep last, only getting around 3 or 4 hours of sleep a night.

I was never allowed to speak up or say what I felt. You do what you’re told otherwise it’s seen as shameful. I suffered to the point where I was finding it hard to walk, needing treatment and heavy depression and anxiety. I wanted to end my life, looking at the knives when cooking.

I left home when I was 18 after I was threatened with a forced marriage. In their eyes the only time a girl was supposed to leave the house was the day she got married. I wanted to study art and live away for university, thinking one day they may understand me.

This decision was not easy. After continuously watching friends in the same difficulty I wanted to make a change, but I was even judged by them to be seen as “selfish." If having aspiration is selfish, and not wanting to live a regretful life which most likely would have led me to suicide, then I will happily say I am selfish.

I had a secret boyfriend for three years who disappeared one day. He was someone I thought I was in love with, but he was pressured by his family to marry someone else. I carried on studying my degree in art, which no one in my family had agreed to, and worked to support myself. I was completely estranged from family, heartbroken and alone.

To keep myself motivated I saved some money and went travelling to work with less fortunate people at a school, planning workshops working towards their dreams, alongside getting to develop and motivate my own career path. I see myself progressing within the creative industry, but also wanting to work within creative subjects in school and inspiring young kids to be motivated.

Working with the less fortunate in life is a struggle with continuous obstacles. But the decision I made was to make a change, to have a life which I can call my own.

Becoming a Survivor Ambassador has grown my confidence in the fact that what I did was right.

It also helps my friends who are still going through what I did to have the courage to see there is life beyond the walls we were always taught were there. Being able to share my story with professionals makes me feel like my voice is being heard. Hopefully someday the changes will be applied, and someone's life will be changed in the best way possible.

Meeting other survivors has created a new friendship circle during a period of my life where I’ve been disowned by loved ones.